The hooman tyrant sleeps in peace, knowing his best friend Gamby is always beside him.
In weirdly awkward positions, but still near and comforting. 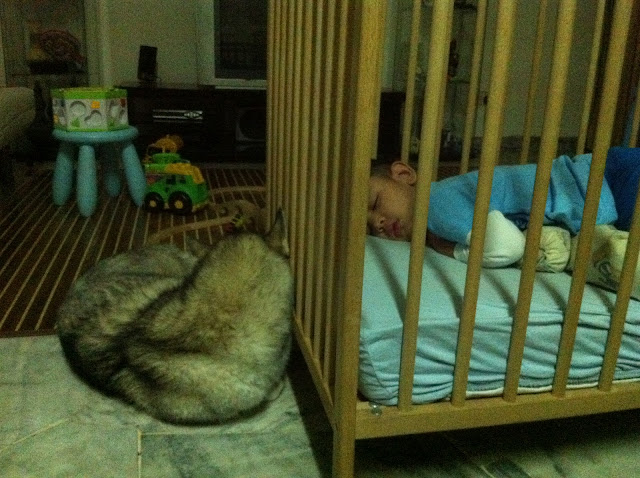 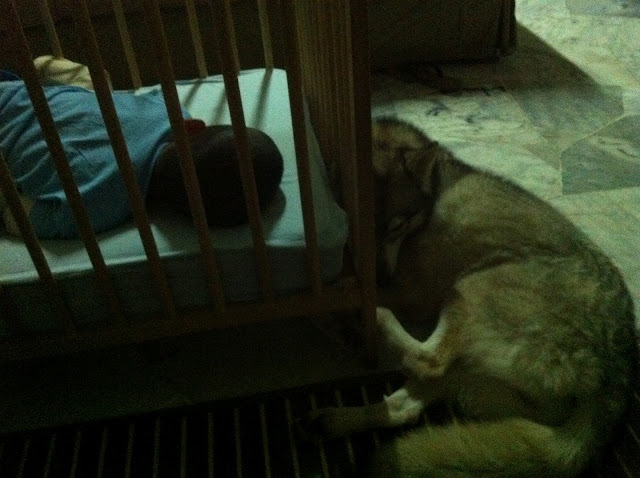 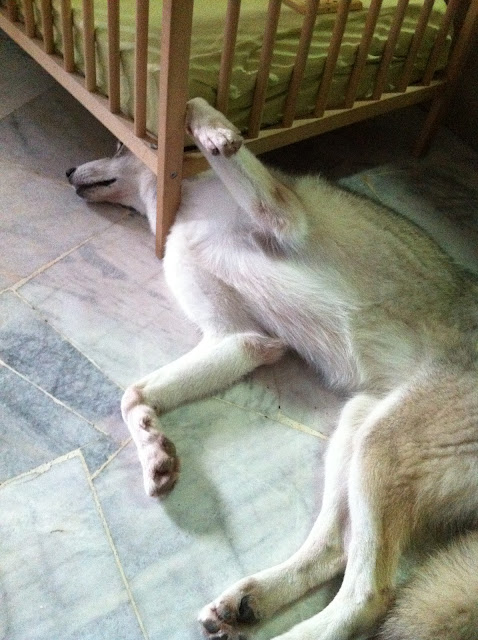 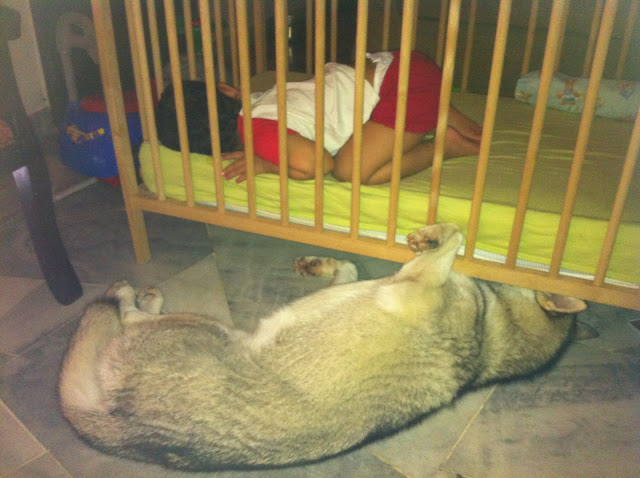 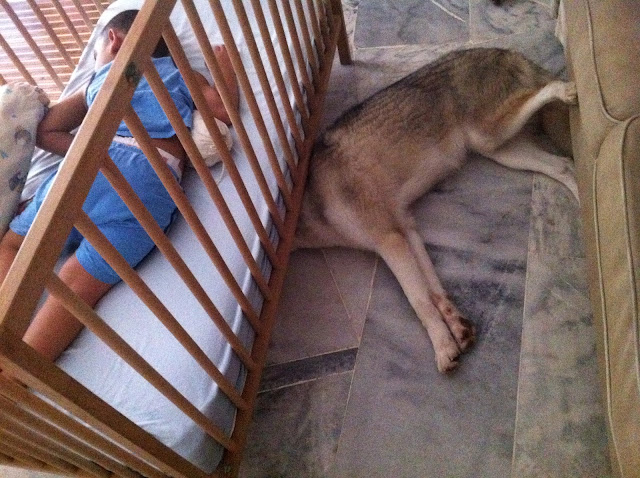 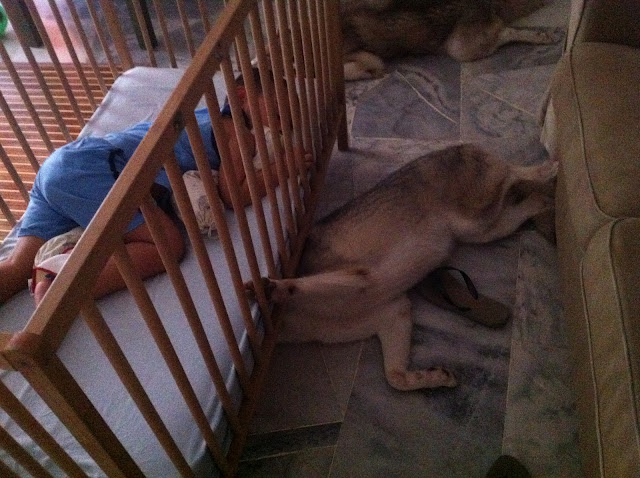 Labour contractions HURT LIKE HELL.
That's a well known fact, of course. But knowing that and experiencing it are two very, very different things.

So we were in the labour room and I was, to put it mildly, not having a good time. It was too late for an epidural and the contractions were coming fast (and very, very #%@ painfully).

I was very uncomfortable and very agitated with the pain, which despite jabbed with painkillers and inhaling lots of gas does not seem to be easing up. Plus we were getting increasingly annoyed with the attending nurse whom was trying to be a miss-know-it-all doctor. I was getting very stressed out which in turn has Daddy panicking.

As labour progressed I got more and more stressed, and that same nurse yelling at me to "Relax! Relax! You have to relax!" was so not helping. It suddenly struck me that I really need to calm down - to avoid Daddy panicking further and for a better (and hopefully faster) birth. So I thought back to the one thing that I got right the first time around, giving birth 3 years ago.

I closed my eyes and imagined Gamby's adorable face.

Three years ago when we had our first child, Gamby was just months after her surgery and was recovering beautifully. We had just gone through an emotionally trying time of being told we would lose her, watching her mewl around the house in pain, finally finding a vet who could treat her and the surgery and subsequent gradual recovery of the use of her operated leg.

So during that first long (and much less painful - thanks to epidural) labor, I closed my eyes and thought of Gamby. Thinking of her and how well she was coping kept me calm throughout. I just shut my eyes and imagined her adorable face.

So this time, I tried the same thing. I closed my eyes and tried to picture Gamby's sweet face.

But the first image that came to mind was Gamby rudely nosing me awake at 3am with her cold wet nose, hassling me to go open the door because there's a squirrel in the garden. Not cute! But it did make me laugh and helped to distract from the mounting stress.

I closed my eyes and tried again. Daddy said later that at a certain point I visibly relaxed, and things progressed smoother from then on. That point was when Gamby face filled my mind and helped me focus and keep calm right up to the birth.

So THANK YOU Gamby, for helping Mommy through labour.
She sure got a lot of hugs when we came back from the hospital a couple of days later. 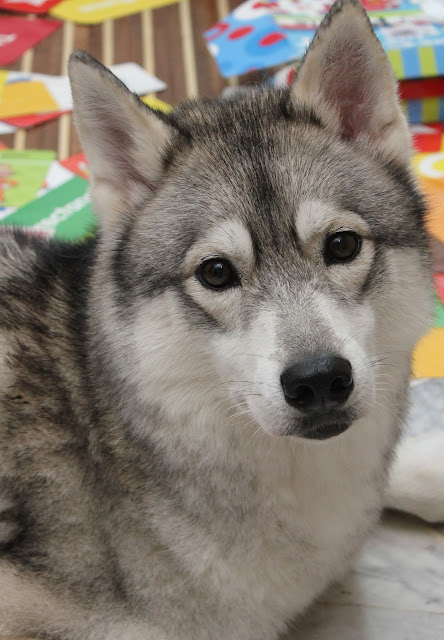 Things have been hectic with the arrival of the new human tyrant. For us, that is.
Tagar is all Zen, in her corner of solitude. 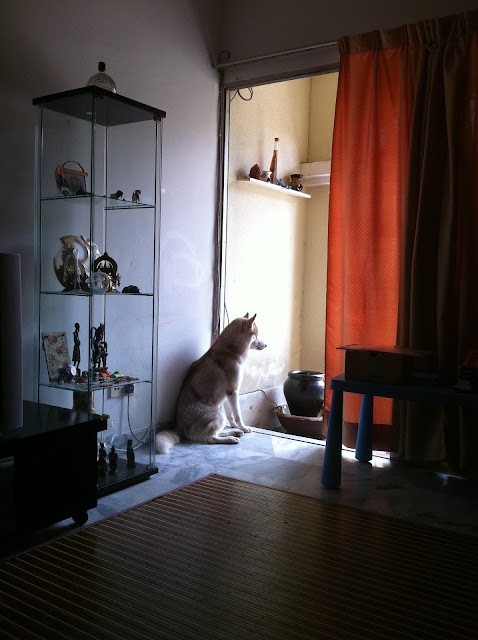 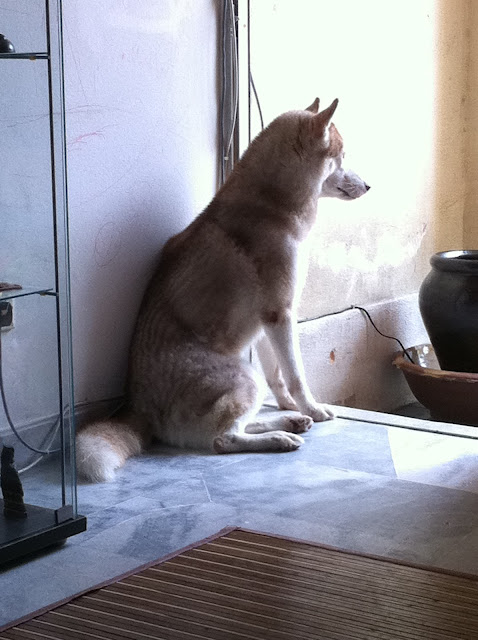 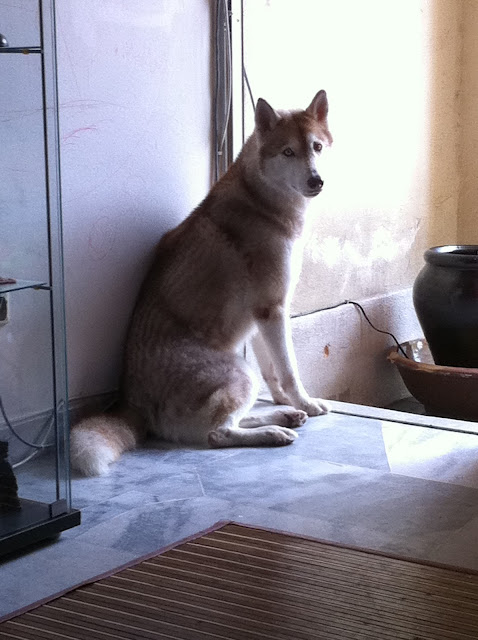 Go away, Mommy! You're interrupting my deep thinking.