Baby On The Floor

When the first human tyrant was a little baby, we kept him mostly apart from the furry tyrants. We were wary of jealousy issues as they have been our kids for so long, and might not be pleased with this hairless smelly small human that seems to consume all our attention. Also we were unsure if they are children-friendly, having never had kids around before.

The first human tyrant was spent his time in his cot and playpen, away from furry noses and grubby paws. We had a room for him too learn to crawl and walk undisturbed by the furry tyrants. The room was off limits to the furries - they would sit crowded outside the baby gate and watch the little one try to pull himself up to stand on his little toddler feet.

Well.. about the second human tyrant...

No more special room for him to learn his motor skills. This baby gets free rein to go adventuring all over the living room floor.

The tyrants are very tolerant. Tagar lets him tug her ears and fur (she snaps at the older human tyrant for doing the same, but she checks if its baby, then she lets him carry on). Togo lets him pull his legs, and Gamby is forever trying to lick his face. 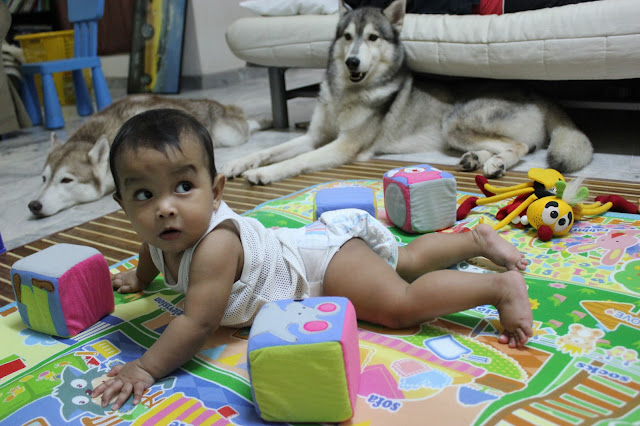 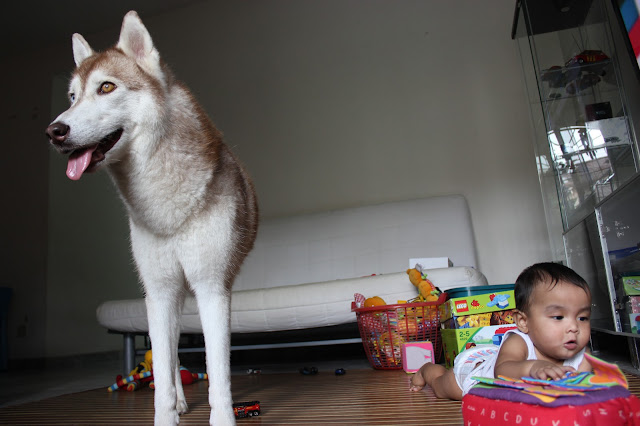 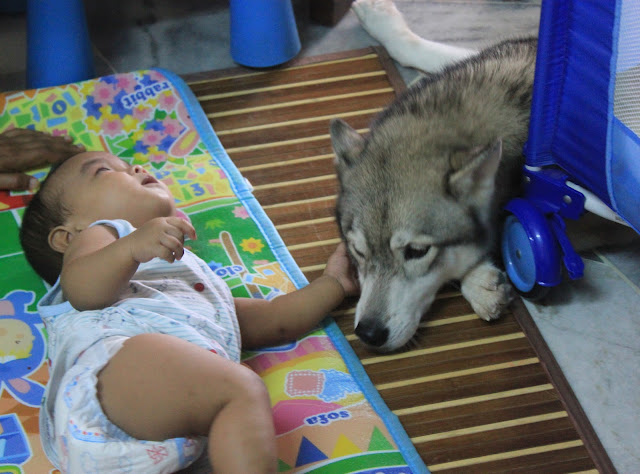 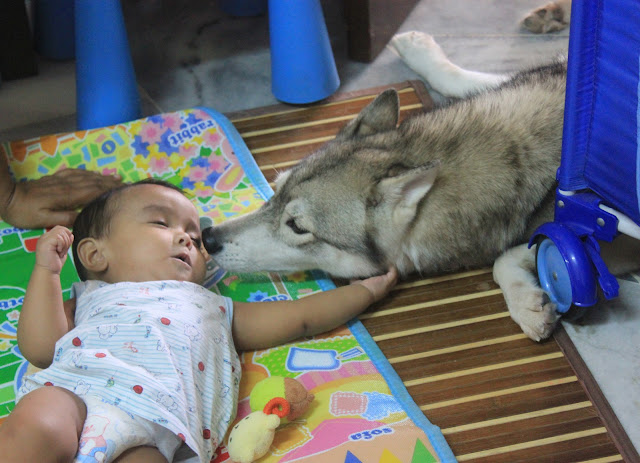 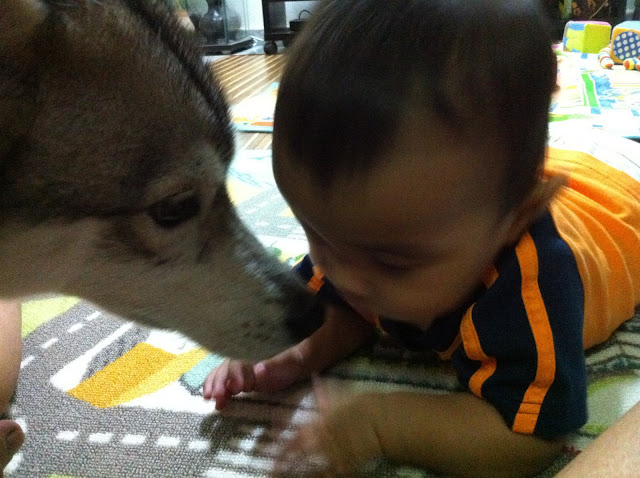 Email ThisBlogThis!Share to TwitterShare to FacebookShare to Pinterest
Labels: siberian husky and baby

Gamby is ready for school 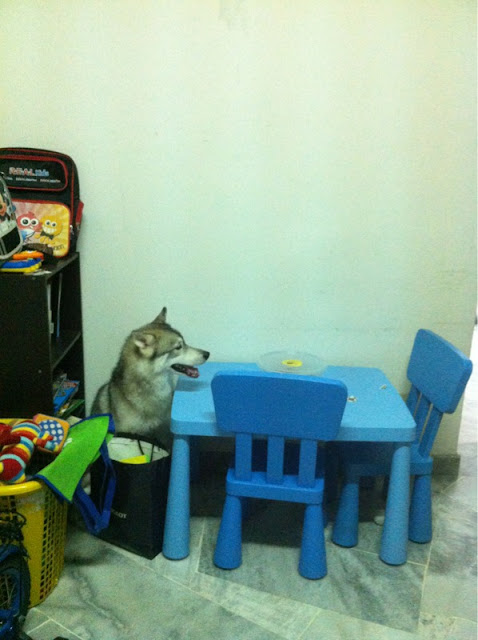