SELANGOR - A pretty little palm tree was brutally murdered here last Thursday. The 5- year old attractive palm was found with all its crowning glory chewed off. Forensics report that the death is inferred to be very, very slow and painful. 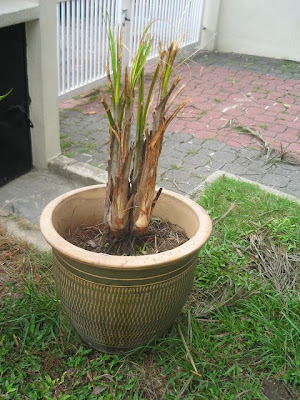 Police believe they are close to solving the murder. The murder(ers) left a lot of clues behind. The main evidence of smelly fur has led the police to a husky-hunt of the two notorious plant killers, Togo and Tagar. It is believed that Togo pulled down the unfortunate palm, putting its pretty leaves within reach of Tagar the terrible.

Police has released the photofit of the suspects. Both suspects has served time for petty crimes and have their details on file. Anyone with any information and/or has recently sighted them are advised to immediately contact the police. 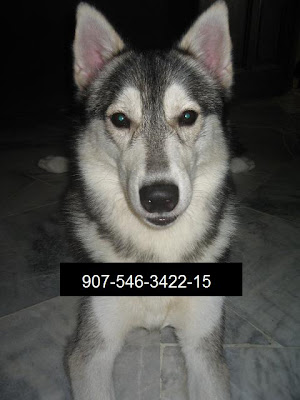 WANTED : Togo, for accomplice to murder. 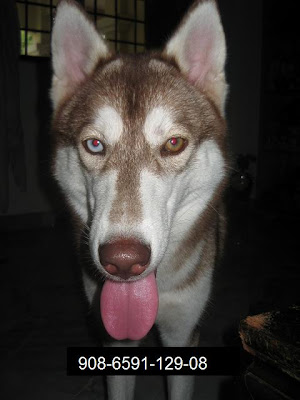 Is that their MPSJ tag number?

Unless caught in the action, they should be assumed innocent! I think maybe we need to get Meeshka or Echo, attorney's at claw on the case!

What is the proof? Pictures needed before being found guilty.

We say woo are innocent.

Ooops! Someone is in trouble!
Kisses and hugs
Lorenza

Its not funny at all

They couldn't have possibly have done that. Too cute. And I have no idea why there are holes in my backyard.