Huskies shed their fur (or 'blow their coat') twice a year. As we don't get winter here, the tyrants blowing schedule doesn't happen at a fixed time, they usually shed at different times from each other. Mostly to annoy us, I suspect.

This time they're (miraculously) blowing their coat all at the same time. Which leads to fur fur FUR everywhere in and out of the house. Time to brush brush brush! 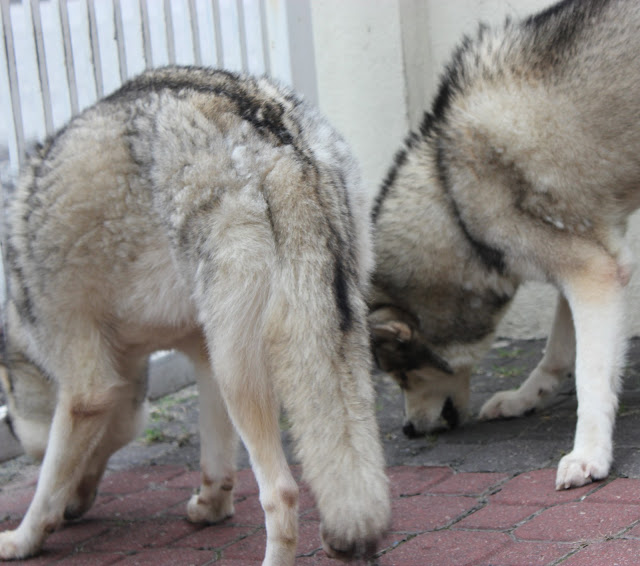 When their butt starts looking like this, it's shedding time!

Togo loves being brushed and will sit quietly to be brushed. Such a darling. Gamby will let herself be caught and brushed but she doesn't like her weak hind legs to be brushed with force, she will snap at us sometimes.

Tagar... is an idiot. She's a chore to catch and brush, but will come asking if you ignore her. Then bolt off after just one stroke and stand in front of the biscuit cupboard, waiting for treats for being brushed! I always ending losing my temper with Tagar. Such a mule-headed girl.

Today I decided to try bribing them before brushing. The idea is to brush them while they're engrossed in chewing these huge treats. 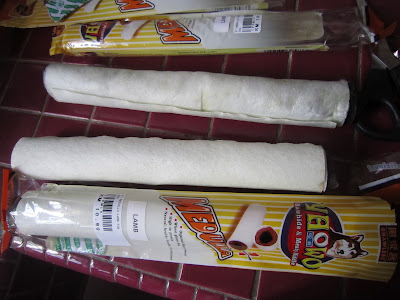 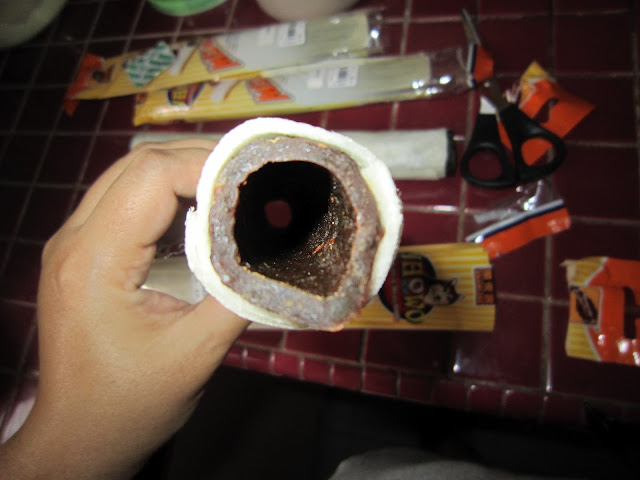 It worked for Togo and Gamby. When I tried brushing Tagar, she picked up her treat and ran off out of reach! 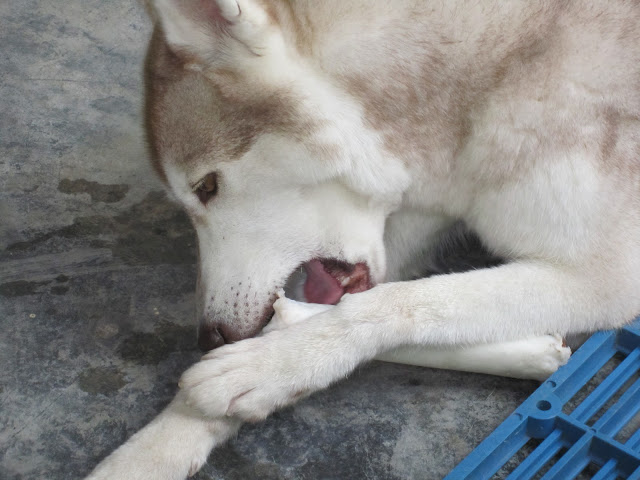 Stubborn as a mule.

Managed to get a good brushing overall, though. I've already brushed them twice this week, and still they're spewing fur like crazy. 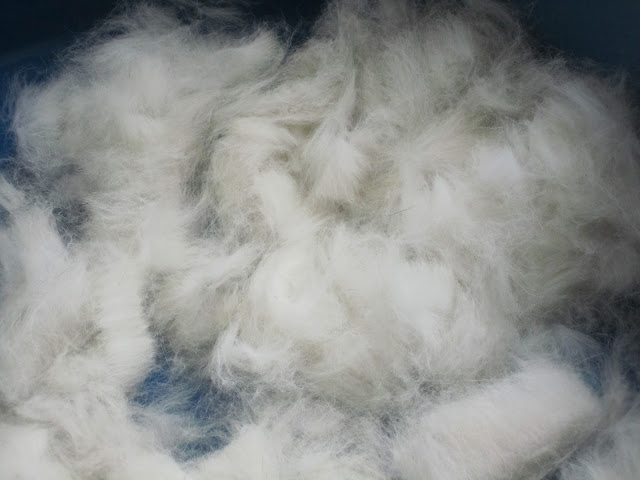 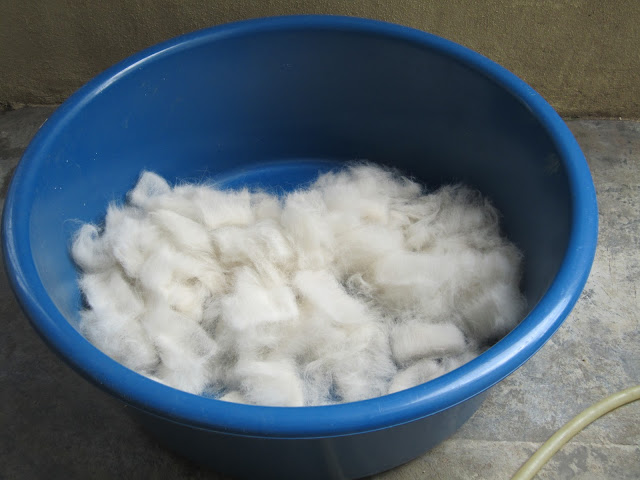 Let's add some perspective to that pile of fur photo. That's a tub, not a pail. Here's Togo beside it. He is our largest tyrant, by the way. 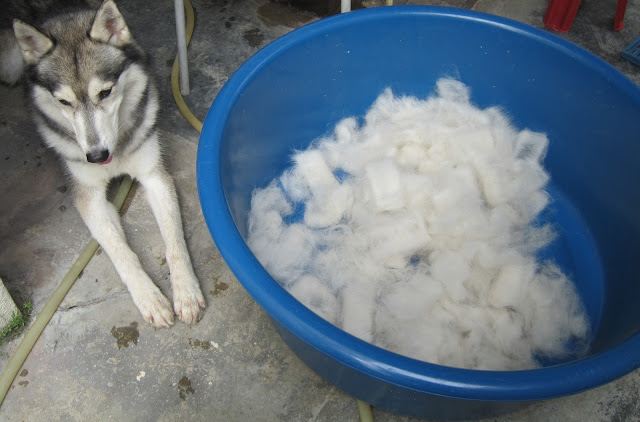 Our weather in recent months has khaused the rule of blowing to be tossed aside!!!

I'm a challenge too - I don't mind being brush BUT when I'm done, I AM SOOOOOOO DONE!

Oh yes, with the very mild winter here, we have been shedding all year long, but the bigger tufts are appearing now and the Momster becomes a pluckaholic:)

Happy blowing. The birds will be in heaven.

I don't blame you for running. I run too when the brush comes out. Then I try to eat the brushes, but they just buy more. Run while you can!

Whoa!!! What do you do with all that fluff?!

You could make Togo pillows!

husky cushion stuffing ! that is a big tub ...