We've blogged before how the tyrants will sometimes howl at the old newspaper lorry.

Lately they've suddenly taken singing fairly long arias, howling their throats out. They seemed to be singing longer and longer than usual.

Today I found out why.

Their 'singing' has so captivated the newspaper lorry uncle, that he's taken to stopping outside our gate and letting the paper lama siren run while he watched the performance!

I caught him at the gate today, and seeing me the uncle gave a toothy grin and a thumbs up to the dogs. Hahaha. I tried to take photos of the tyrants howling, but they stopped singing when they saw me. So I trudged back into the house. 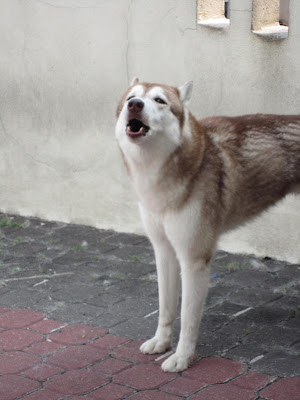 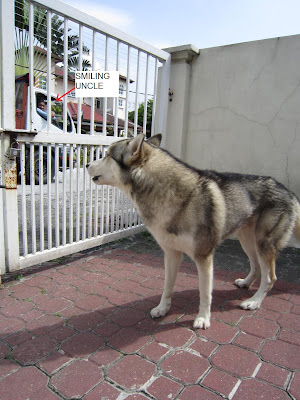 Here's some short videos of them I managed to catch on previous days.

The Sibernacle Choir here is totally impressed with your singing skills.

Love your Husky Choir! And they are so beautiful too! Sounds like the musical score that plays quite frequently each day at our house! I am such a fan!