The furry tyrants like playing with water, except Gamby.

Gamby LOVES playing with water. When it rains heavily she makes a mad dash to outside to play in the few spare seconds before I lock them in (tyrants+rain=onheckofamess), after which she sits longingly at the grille and tries to roll about in bit of rain that splatters in. 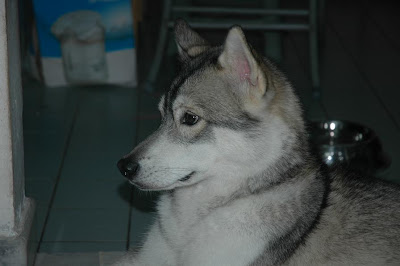 After the rain she'll quietly sneak up to the pail outside, and when she thinks no one is looking she has a go at the rainwater collected inside. Usually Togo catches her in time - he growls and scolds her while pulling her away by the ruff of her neck, because if Gamby's all wet everyone gets into trouble. (I'm amazed that Togo is this smart. He stops the girls messing the food and playing with water, but cannot himself stop peeing on the car tyres, which he always gets yelled at for and goes running to hide. Hrmmph)

Today as a rare treat I decided to fill up the big tub for them, and let the tyrants play water to their hearts content. I eagerly let them out back, expecting them to be playing with glee. Gamby will be the first one in, for sure, rolling about. 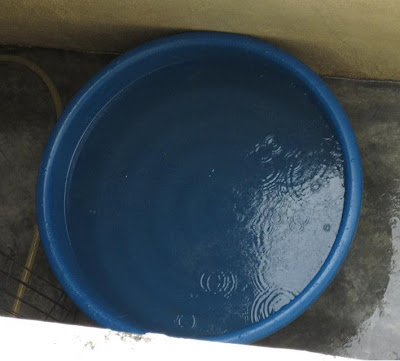 Half an hour later, I peeped behind to check. There was no sounds of happy dogs playing, and neither is there sounds of water. I saw... three tyrants, their feet barely wet. A harassed Gamby was trying to test the water, but both Togo and Tagar ganged up on her, blocking her from the tub and pulling her away. I can almost see the words on their face "No Gamby! Don't be an ass. We'll all get in trouble. Stay away from the tub!!" 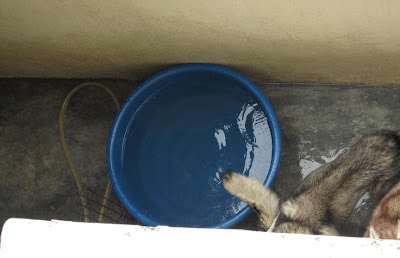 I had to laugh. The tyrants totally ruined their surprise fun day. So I went out and doused them all with water, to show that its ok to play. They did play a bit after that, but not all out water fun. Mostly they were still trying to stop Gamby splashing about. 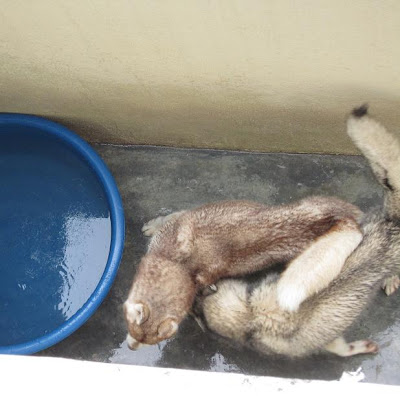 And mostly Togo and Tagar just hopped across the water. 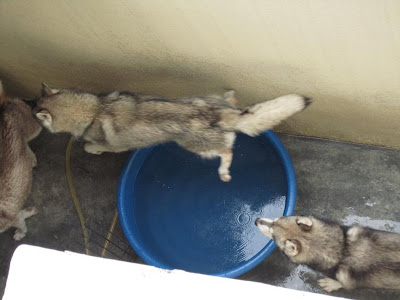 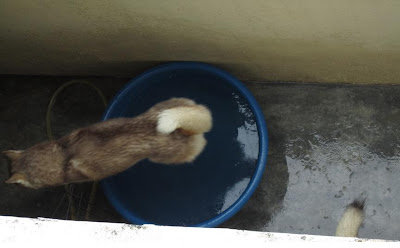 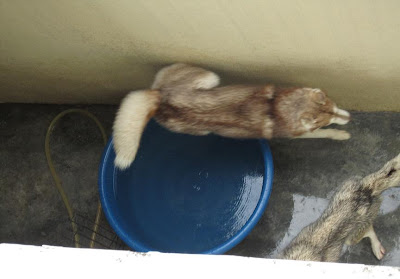 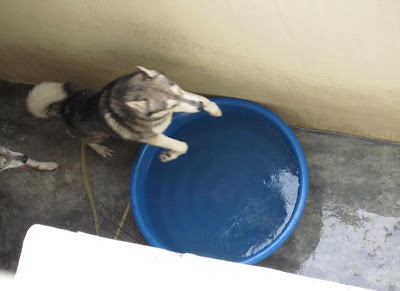 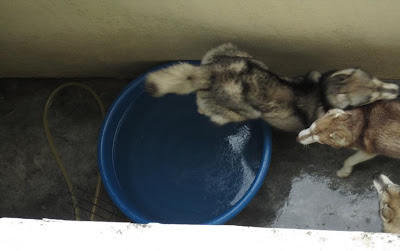 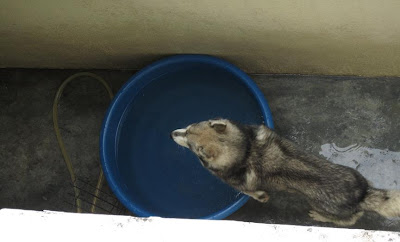 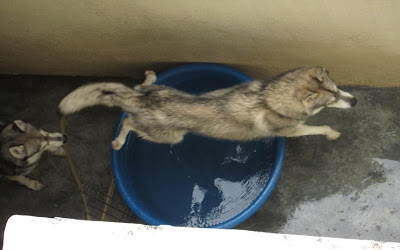 Only Gamby stepped into the tub. 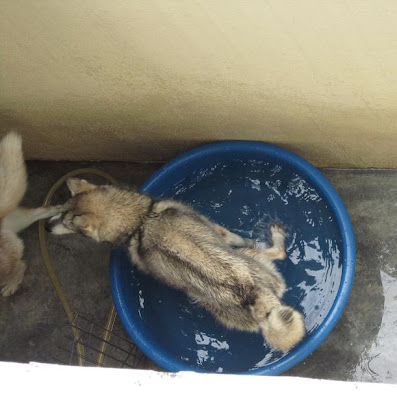 It looks like Gamby is the match to my Princess RainKhloud!

I love to sit in the rain and sponge it up!

Great fun shots even if they didn't khapture what woo expekhted!

its quite interesting to read about the way Gamby loves to do fun. splash splash! i liked her way of enjoying rain and water.Canine Food Supplement